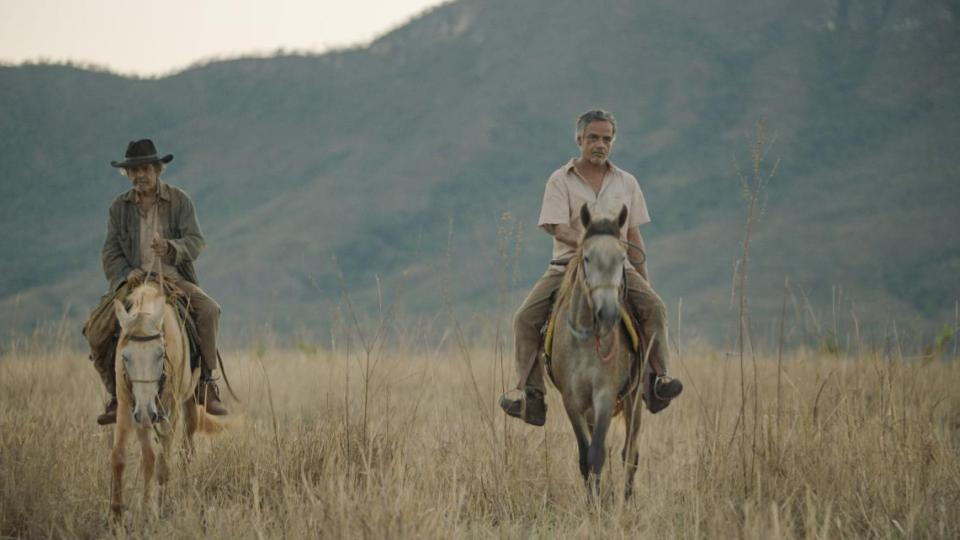 
Synopsis
In West Once Again, rude men unable to cope with their own failures and frailties live in a place where isolation and the absence of laws create a dynamic that stimulates violence. In this universe, we follow the trajectory of Totó and Jerominho, who, after an ill-executed ambush, flee across the backlands. A Brazilian western in which men are basically governed by the same rule of survival: when push comes to shove, its every man for himself.
TEASER VIDEO PITCH

Contact: miottocristiane@gmail.com
Director´s Biofilmography: Erico Rassi
Érico Rassi is a director and scriptwriter from the Brazilian Midwest, a region whose people and geography inspire his artistic production. His films use a singular auteur language and a farce tone to subvert established genre codes. Characters commonly caricatured in Brazilian cinema are treated with sensitivity by the director, exposing their drama and inconsistencies through tragicomic, sarcastic and ironic dialogue. His first feature film, "Comeback" (2017) - awarded at the 2016 Rio Film Festival (Brazil) and 2017 Festin Lisboa (Portugal) -, just as "West Once Again" (post-production) and "Midwest" (development)  dive into the Western universe, subverting and adapting its codes to the reality of the Brazilian Midwest.